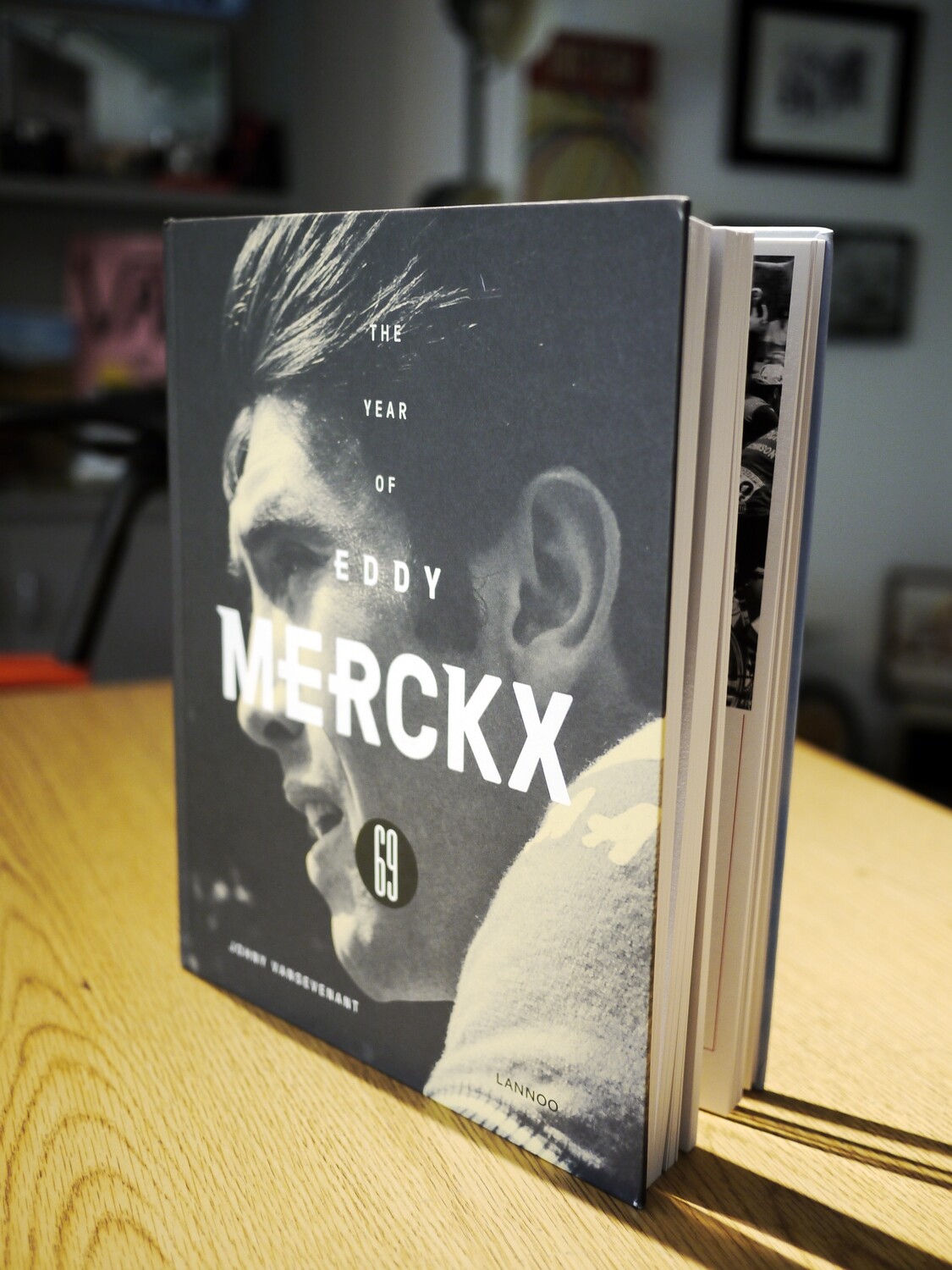 SUBSCRIBE FOR A YEAR. GET A MERCKX COFFEE TABLE BOOK!

RELIVE THE INCREDIBLE 1969 season of Eddy Merckx in this epic coffee table book written by Johny Vansevenant and published by Lannoo. At 432 pages and weighing just over 6 pounds, it's a giant, detailed and engaging book that allows you to truly relive that magical season that many consider the greatest of all time.

LOOK INSIDE THE BOOK HERE.

IMPRESSIVE VICTORIES IN 1969: Paris-Nice, Milan-San Remo, Tour of Flanders, Liege-Bastogne-Liege and the Tour de France. The year also had Merckx dram as we was disqualified from the Giro d'Italia after the disputed positive doping test and a crash that affected his climbing for the rest of his cycling career.

ABOUT THE AUTHOR
"Johny Vansevenant is the most important chronicler of the Merckx era and is the author of four leading books, including the authoritative Biography, about the life of the exceptional champion, Mannen tegen Merckx, about his rivals, and De mannen achter Merckx (with Patrick Cornillie), about Merckx's teammates. In 1969 - The Year of Eddy Merckx, after years of research, Vansevenant pays homage to the formidable cycling year that he experienced as an 11-year-old supporter. Vansevenant has been following Belgian politics for VRT radio since 1980 and was awarded an honorary doctorate at the University of Hasselt in 2012 for his political reporting."

* If renewing your subscription 1 year will be added to the end of your current one. If a new subscriber, please allow 6-8 weeks before your first print copy.

Save this product for later

FOR ALL SUBSCRIPTION QUESTIONS big or small, please TELEPHONE: 866-441-8636. To check your subscription status go HERE.

THE PELOTON MAGAZINE SHOP: Get everything PELOTON magazine here, including kits and most back issues, and casual apparel.

TO SUBSCRIBE: To subscribe to our monthly print magazine, go to pelotonmagazine.com Sign up for THE OPEN ROAD NEWSLETTER to stay in tuned to all things cycling here.